Google is at it again! Soon, millions of websites will be showing up as insecure and un-trusted. What’s worse, it affects how you interact with your customers!

In October this year, the latest versions of Google Chrome will start showing security warnings on web pages not protected by the HTTPS protocol that have a form on them… like a contact page form.

The HTTPS protocol is the thing that makes your web-communications secure through using the encryption of an SSL certificate. You can see the HTTP or HTTPS it at the start of a website URL.

As someone that uses contact forms on websites regularly, I can assure you that this is a good thing. When you are sending personal communications over the internet, you should want the data to be secure from prying eyes.

As a website owner, this could be a problem!

If a security warning comes up when someone is trying to fill in a form on your website (or book your services for example), they may well not complete the form or submit it – resulting in a potential loss of leads or new customers.

What do you need to do for your website?

This breaks down to 3 choices.

Do nothing:
(Not recommended)

Warnings will come up on each page with a form. This means website visitors will be much less likely to trust your web-forms enough to use them.

Get rid of your forms:
(Not recommended)

This means that the level of interaction will drop with your visitors. Some forms could be replaced by contact email addresses.

This means your website will carry on as normal, with the layer of security increasing the trust in the interactions with your website.

We are here to help

Having completed the transition to HTTP for multiple websites, we are ready and able to fix. If you are affected by these changes and you want your website to continue functioning normally, we would love for you to call us on 07 3700 9788 or 0411 663 756.

Are you at risk from WannaCry Ransomware?

Since Friday, the proverbial cyber ICBM known as WannaCry has been encrypting and holding to ransom hundreds of thousands of computers all over the planet. This attack has no borders, and it’s target is seemingly anyone with a heart beat and a lazy $300 -$600 in Bitcoin to get it fixed – AND IT’S NOT STOPPING ANYTIME SOON.

It has shut down hospitals, airports, universities and government agencies. While your personal computer may not be that critical, I would not personally want to risk the infection and loss of data. 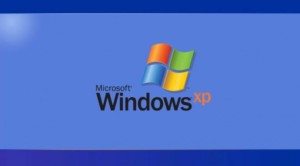 Here are some of the facts:

How do you know you are infected?

Currently, the only 100% sure method to be sure, is when the ransomware appears on your screen and locks your computer up. Other than that, security organisations have not released any more details on the infection. It is suspected that it is spread extremely easily on a network.

What should I do?

I heard this ransomware has been neutralised… is this true?

Yes…kind of… On the weekend a security researcher discovered in the code a URL ‘kill switch’. After registering a special domain name and connecting it to a server, he activated it. The kill switch did its’ job perfectly. However, this is not the end to this ransomware story,  new variations are already in the wild with NO kill switches – and they are spreading like wild fire.

What should I do if I have a vulnerable system?

My best advice would be to quarantine those computers from any networks you are in, and do not use them again until a patch has been released for your device. Even as unpalatable as that may seems, the alternative of loosing all of your data may be a pain worth bearing.